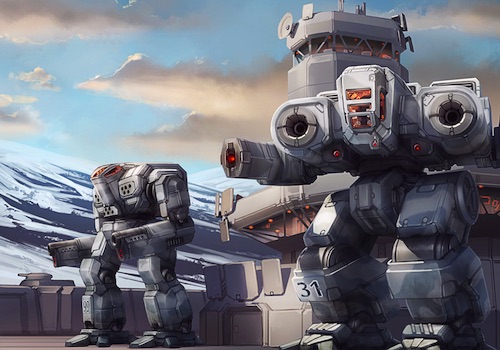 MegaMek uses the rules from the Total Warfare series of books from Catalyst Game Labs. Although we provide a variety of instructions within the programs of how things work, we do assume that players are familiar with the rules.

If you are not familiar with the Battletech rules but would like to try MegaMek, you can download the free quickstart rules to get started.

A First Game of MegaMek

You can follow these instructions to quickly get a small game of MegaMek up and running against the built-in AI.

A First Campaign in MekHQ

MekHQ is designed to be customizable to a variety of different campaign styles (e.g. mercenary, house command, pirates, clan warriors, small units, large units, highly narrative, etc.) and play styles. Its impossible to summarize all of the ways in which you could make use of MekHQ here. Many players enjoy using the community built Against the Bot rules which will automate many of the processes such as selection of missions, scenarios, and OpFor.

This step-by-step tutorial outlines how to start up a very simple campaign, assign units and pilots and run a first scenario.

You can customize your MegaMek experience considerably by experimenting with the various options that are available in the game interface. Those options are extensive, so we won’t review them all here, but the list below will direct you to areas for further exploration.

Playing against the bot can be fun, but playing against other human beings will allow you to experience the best MegaMek has to offer. The community page has more information on how to find other people to play against. Here we detail how you connect to games over the internet or a local network.

When you start up a game of MegaMek, you also start up a server that other players can join. In order for other players to join, they will select Connect to a Game from the splash screen. They will then need to enter the IP address of your machine and the port number (the default port number is 2346). If you are playing over a LAN, then this will be your local IP address. If playing over the internet, you will need to figure out two things:

You can also run the game “hotseat” on the same computer. In this case, you want to open up two instances of MegaMek. Start the game with one instance and connect to localhost from the second instance.

Once connected, you can chat with other players using the pop-up chat system from within MegaMek. You can also join MegaMek Slack for chat.

Many players love to create their own custom units. The Tech Manual contains base rules for creating your own units for most unit types and Tactical Operations: Advanced Units & Equipment and Strategic Operations contain advanced equipment and construction rules for some advanced units.

The best way to manage custom units in MegaMek is to create a directory called “Customs” in the data/mechfiles directory. Simply build the unit in MegaMekLab and save it to this directory. Files should saves with an MTF extension for Meks and a BLK extension for other units. Once you start MegaMek, the unit will be added to your list of available units.

If you can’t find your newly created unit in MegaMek or MekHQ, check the game’s date and the available tech level in the game options. As a last option go into the data/mechfiles folder and delete the file called units.cache. On restart MegaMek will rebuild this file and your custom unit should show up.

When you upgrade to a new version of MegaMek, you can copy your custom folder over to the new version.

We can’t guarantee that builders other than MegaMekLab (e.g. Heavy Metal Pro, Solaris Skunkwerks) will work with MegaMek. MegaMek is a program in constant development, and while we do our best to ensure backwards compatibility it’s not always possible. Other building programs might not keep current with our name systems or file formats. As such this files might not load, or in extreme cases crash MegaMek.