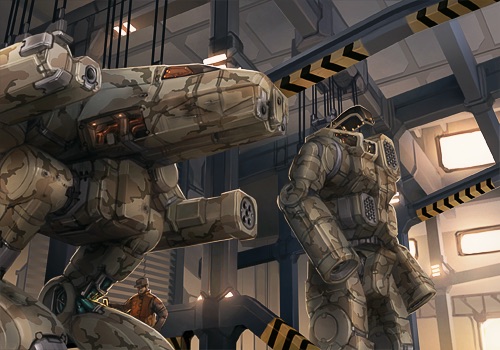 Connecting with the Community

Where To Play Other Humans

You have downloaded MegaMek, played against the bot, and now you are ready to try your hand against a real live human opponent. So where should you go to find other players? There are several options.

Find Us On Social Media

Getting Involved with Development

We are an open source project so anyone is welcome to help. Consider what you can offer and also join our Slack channel. It’s important for us to be able to easily communicate and Slack allows us to do that.

I know how to code

The projects are written in Java and are hosted on GitHub. You can also find information about our coding style preferences and how to build the projects in the developer’s section of our GitHub wiki page. Its best to start with a small project. Have a look at the issues tracker and start there.

You should submit your changes as a Pull Request (PR) on GitHub. The core developers will review all PRs and provide feedback to ensure things aren’t going to break existing save games or the program itself. PR reviews happen as the core developers have time to review them.

We love good art. Before you start making sprites, you should be aware that we have an artist that we’ve worked with for years and we have a very precise plan going forward for ground units. That said, no one is currently making Aerospace Sprites and they are badly needed. Sprites need to be in a .png format, and submitted without shading or using the shading scripts. There is also a good tutorial on making Sprites

Other art such as tilesets should be discussed before you put the work into it. Code limitations can sometimes impact these resources. If you have an idea for something art-wise for the project, please reach out to us.

We do have several ongoing data projects. If you have the time and want to help, the best way is to join the Slack channel and look for Hammer. He coordinates the data stuff and can provide guidance.

If your interested in setting up and running a dedicated server one of our contributors (TapEnvy.us LLC) has set up a page with a list of dedicated servers and a how to.

I can’t do any of the above

You can still help! Play the games, find bugs and report them. Nothing makes our day like a reproducible bug report.