The MegaMek organization maintains a series of programs that try to implement the published rules for the tabletop BattleTech game published by Catalyst Game Labs as faithfully as is practical. These programs are designed with the idea of being accessible, both in portability across various operating systems and across various hardware configurations.

All programs are open source and distributed under the GPL.

The MegaMek suite of programs allow you to play out tactical turn-based battles and military campaigns in the BattleTech Universe, with tanks, infantry, battle armor, aerospace fighters, WarShips, and most importantly, the mighty BattleMech™ -- king of the battlefield. The programs provide a modern, computerized version of the BattleTech tabletop game, as well as a variety of features for running campaigns and customizing units.

Other versions and platforms

MegaMek
Play out BattleTech games online against human opponents, or against the built-in AI. MegaMek is packed full of customizable options that allow you to play the game your way.
MekHQ
Generate your own personal force (e.g. mercenary unit, line regiment, pirates, etc.) with a full TO&E, experience and skill upgrades for personnel, a repair system, and much more, all within the canon factions and worlds of the BattleTech Universe.
MegaMekLab
Customize and build your own units, including 'Mechs™, tanks, and WarShips, using the official rules. You can then use these units in MegaMek and MekHQ, or print out record sheets for use in tabletop play. 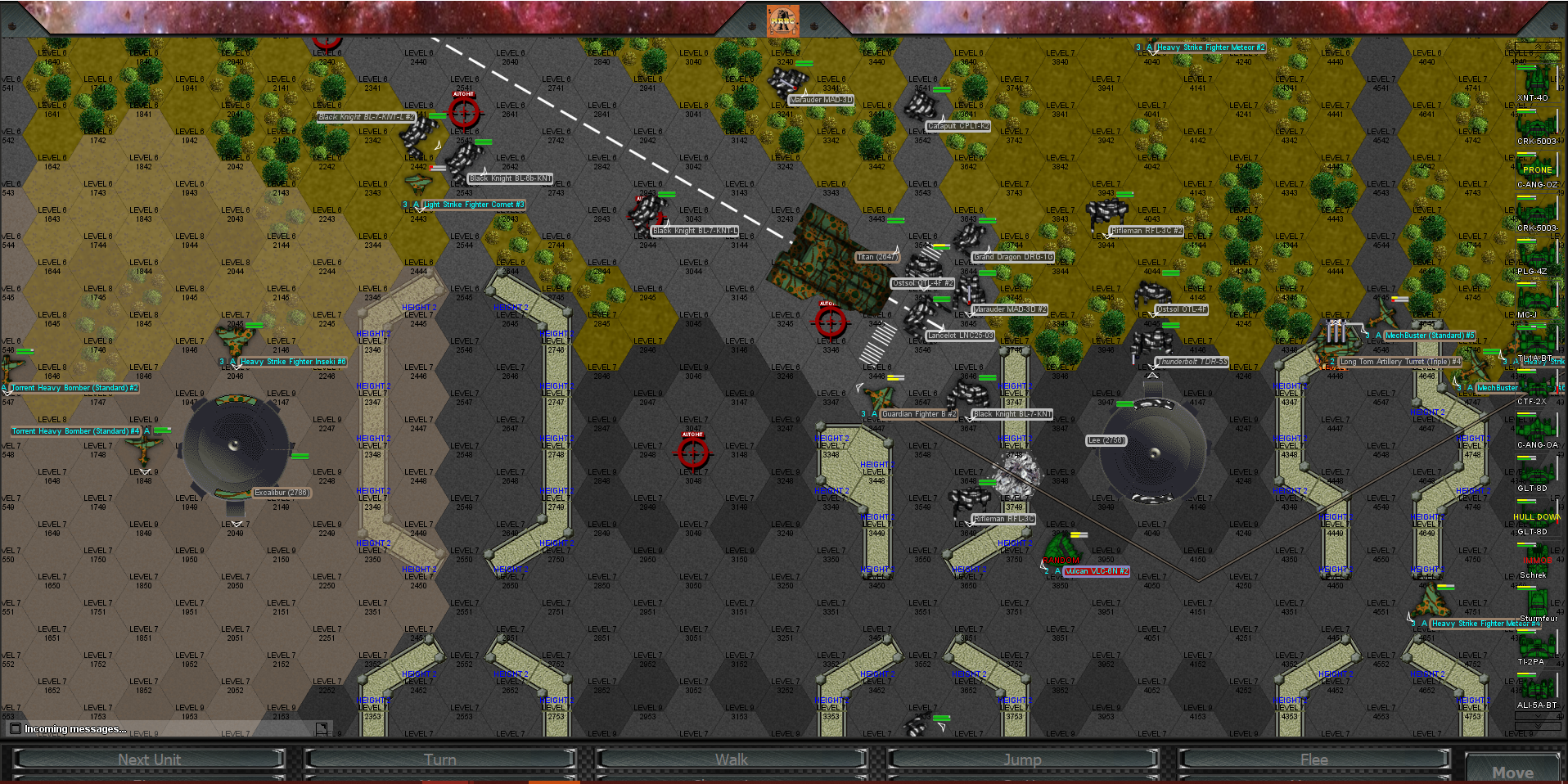 A battle with dropships on the tarmac 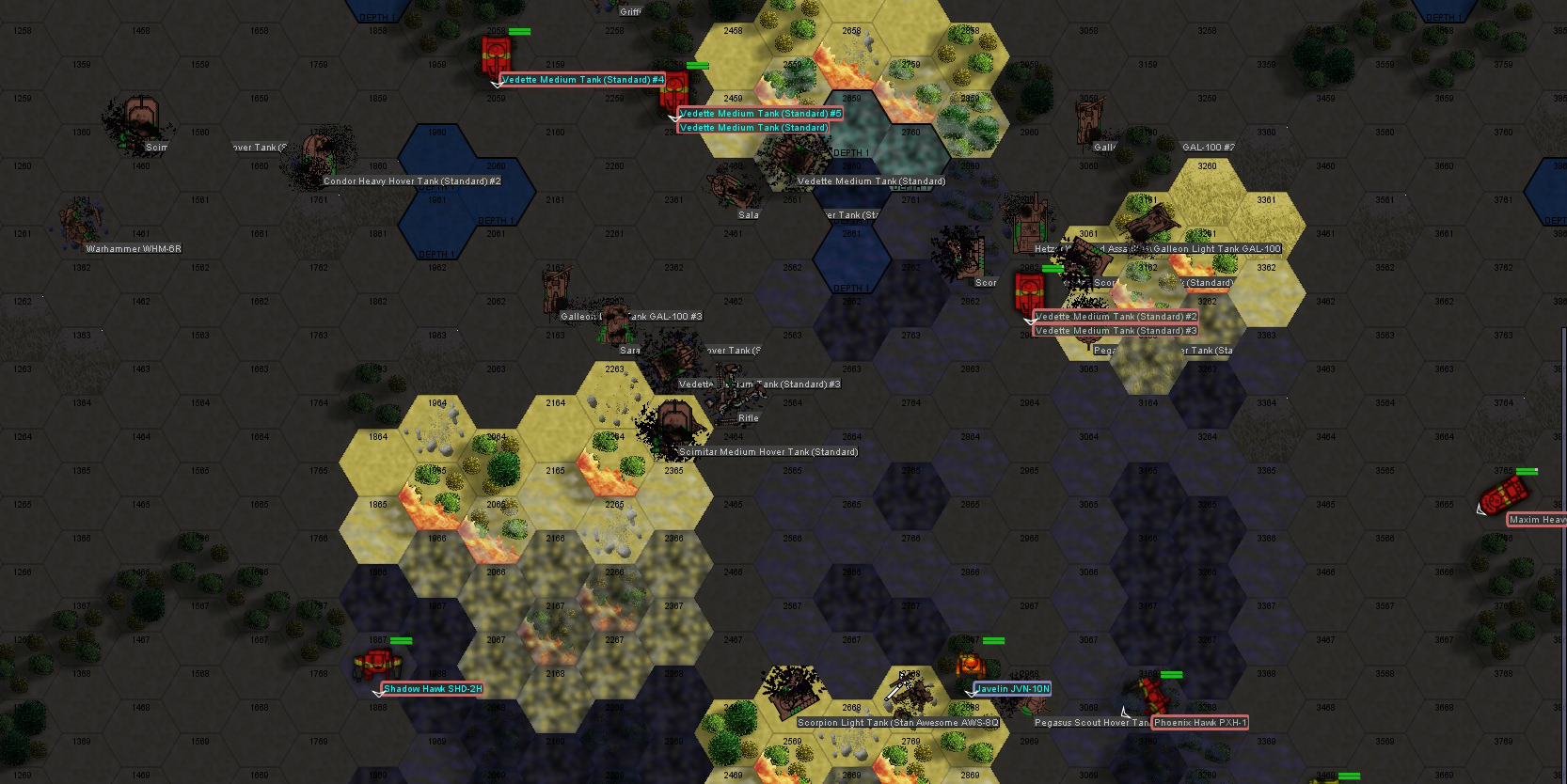 A battle at night with illumination 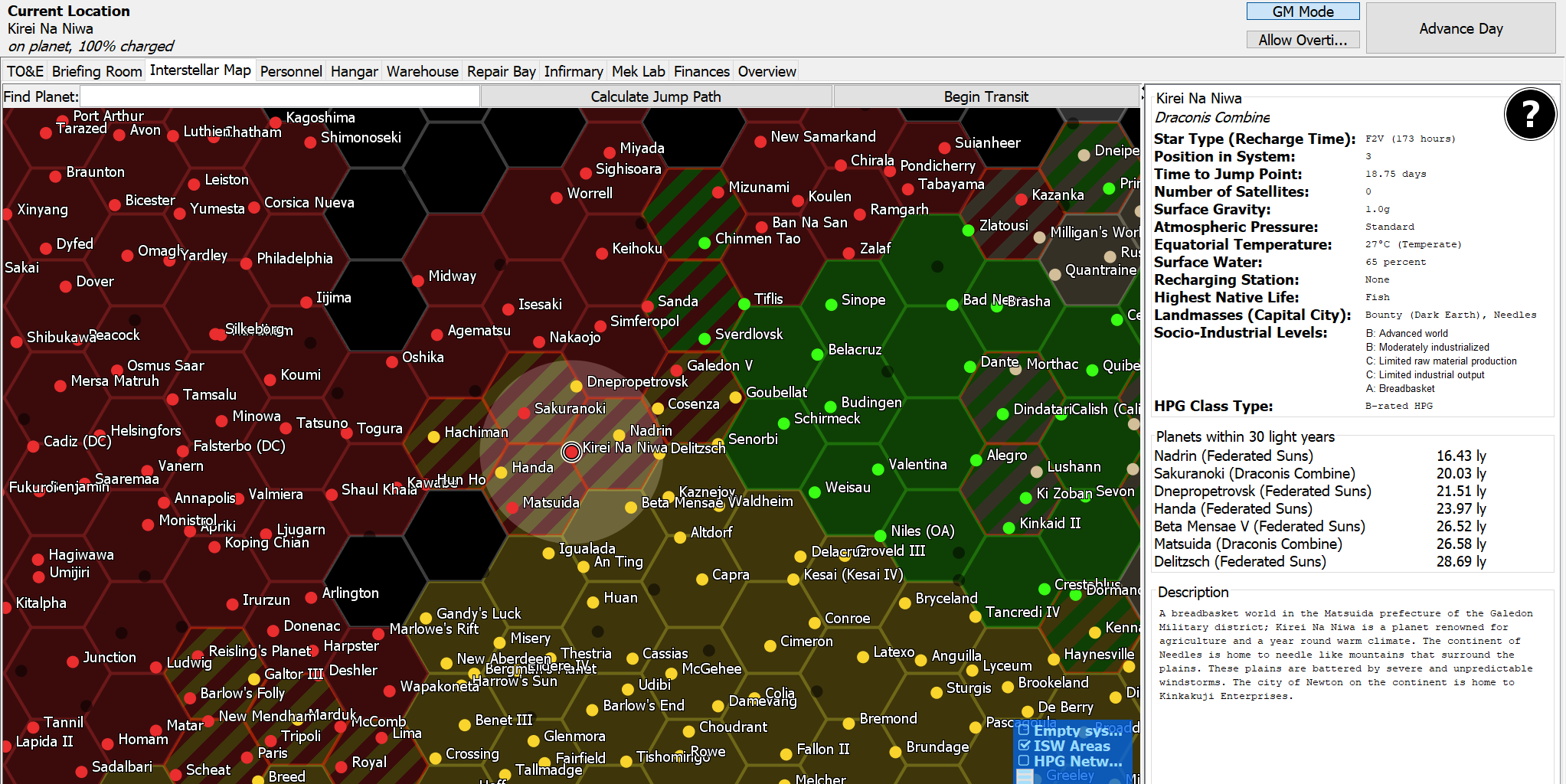 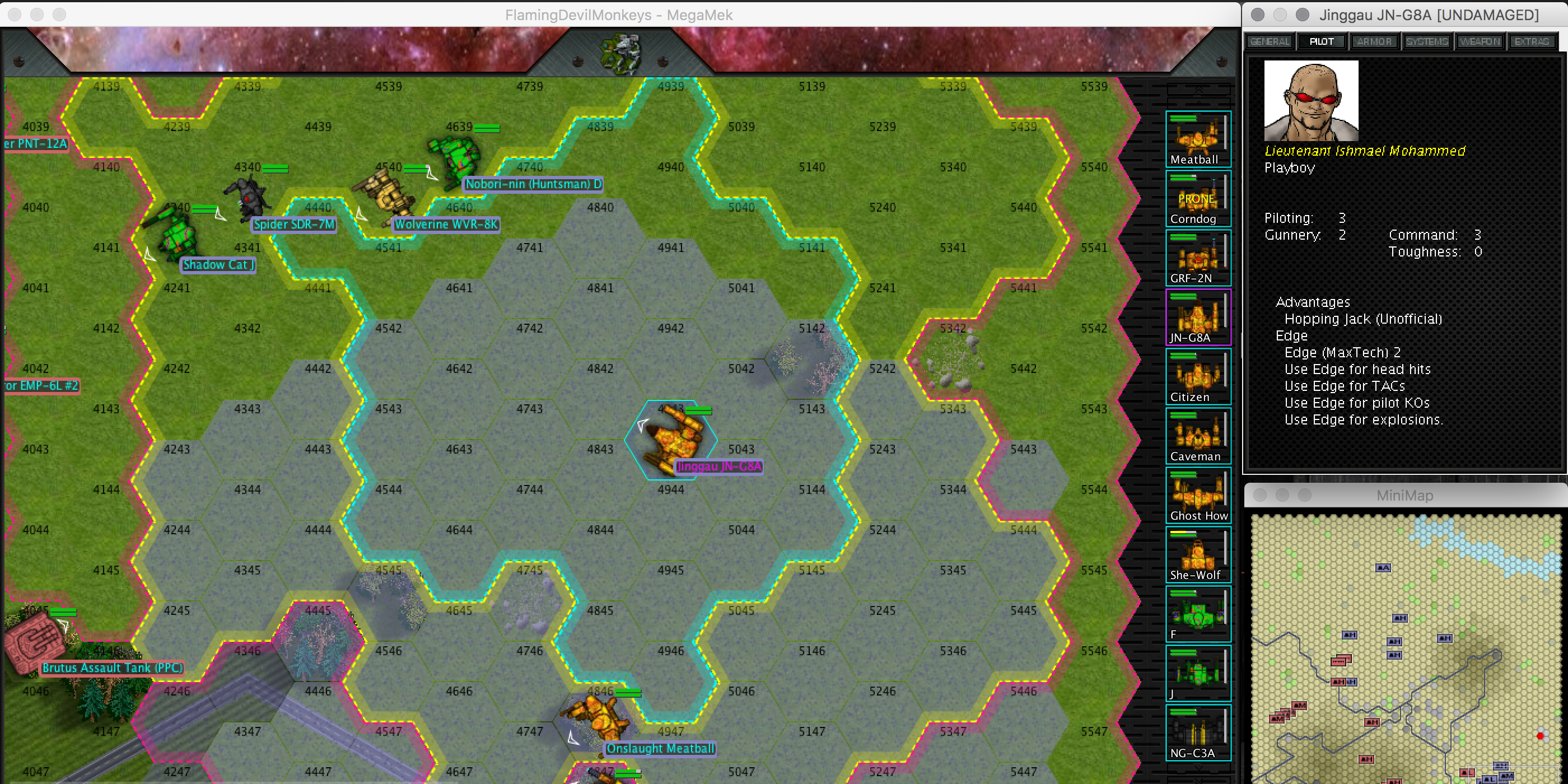 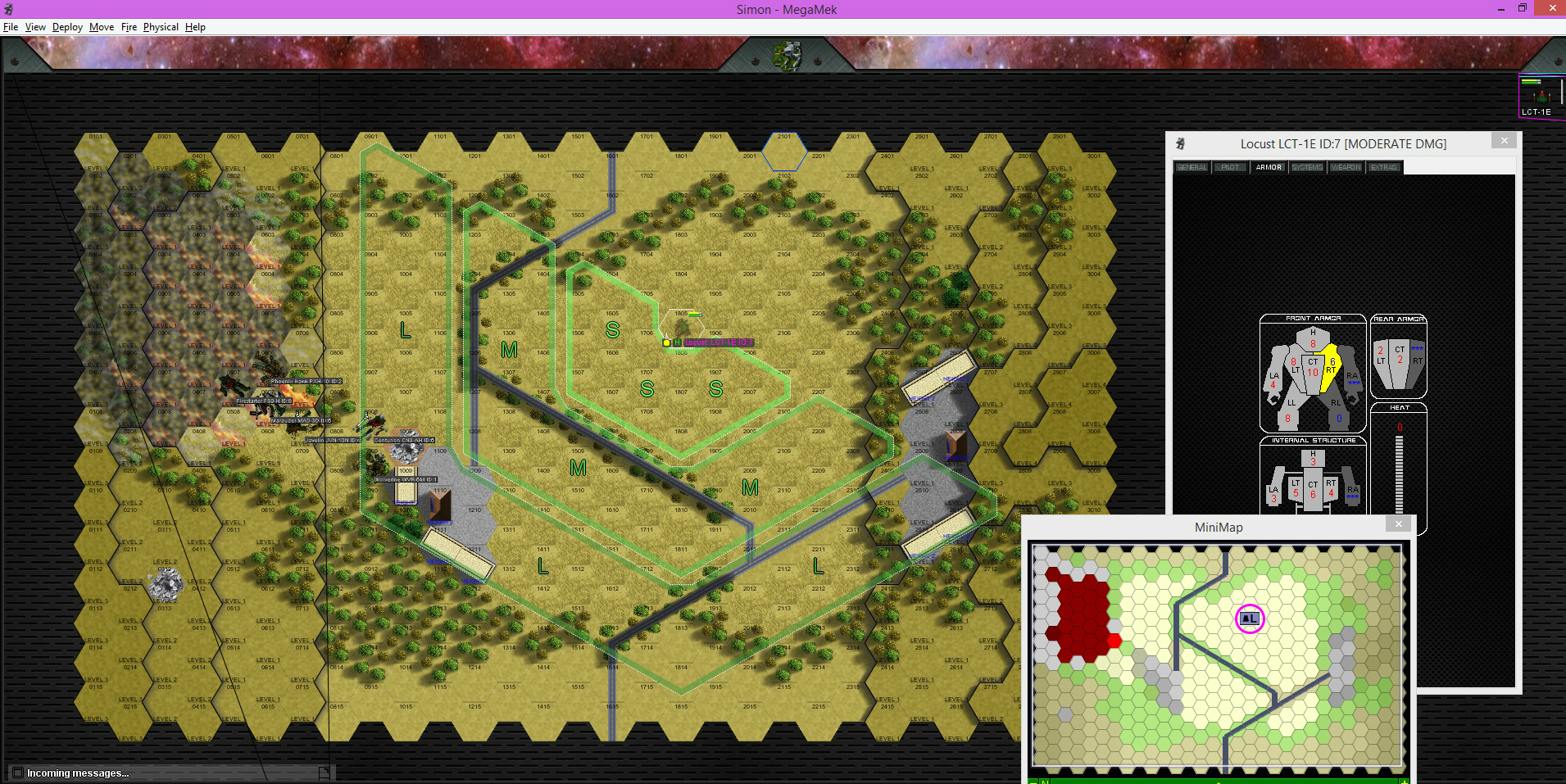 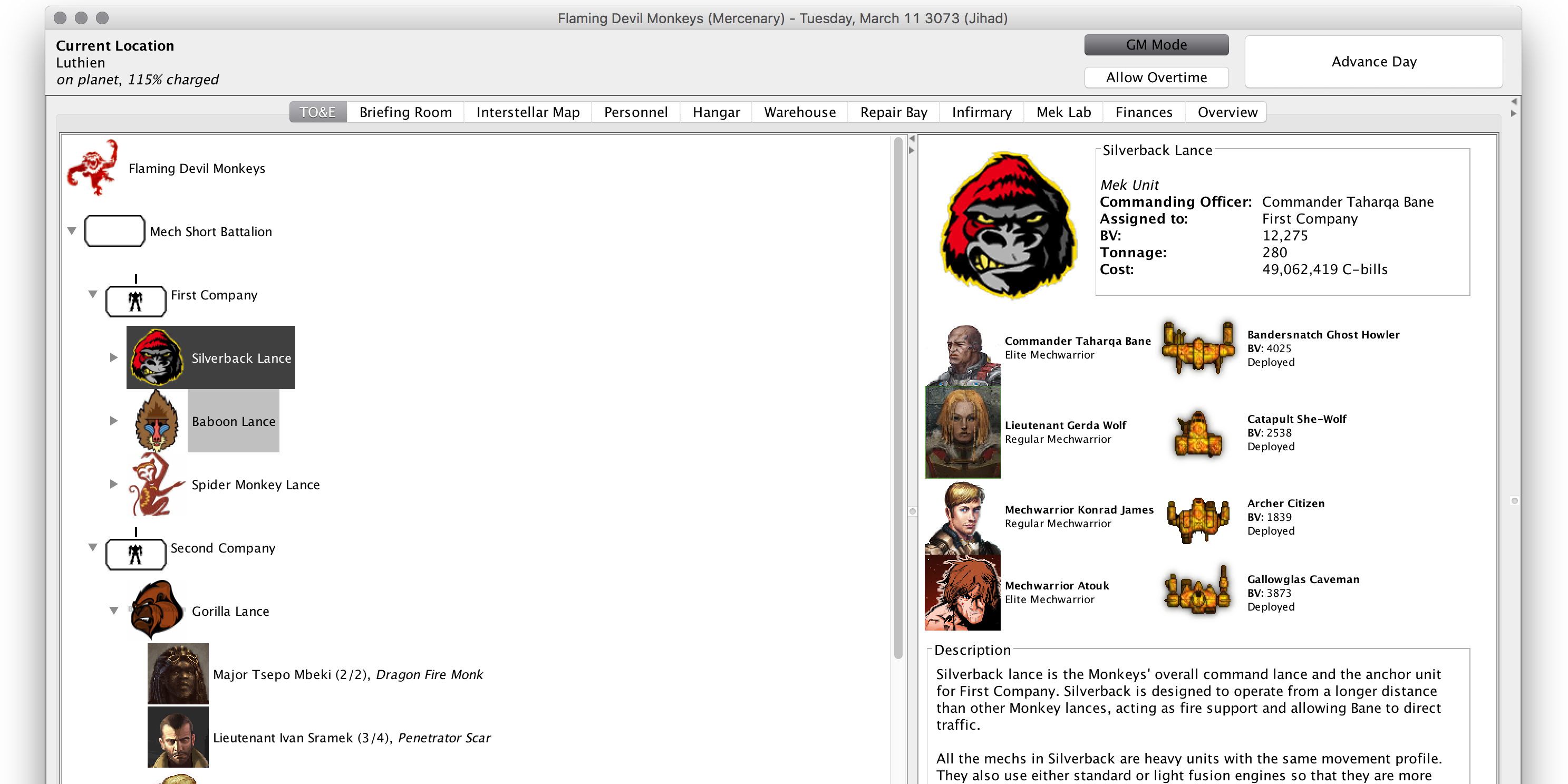 A TO&E with custom portraits 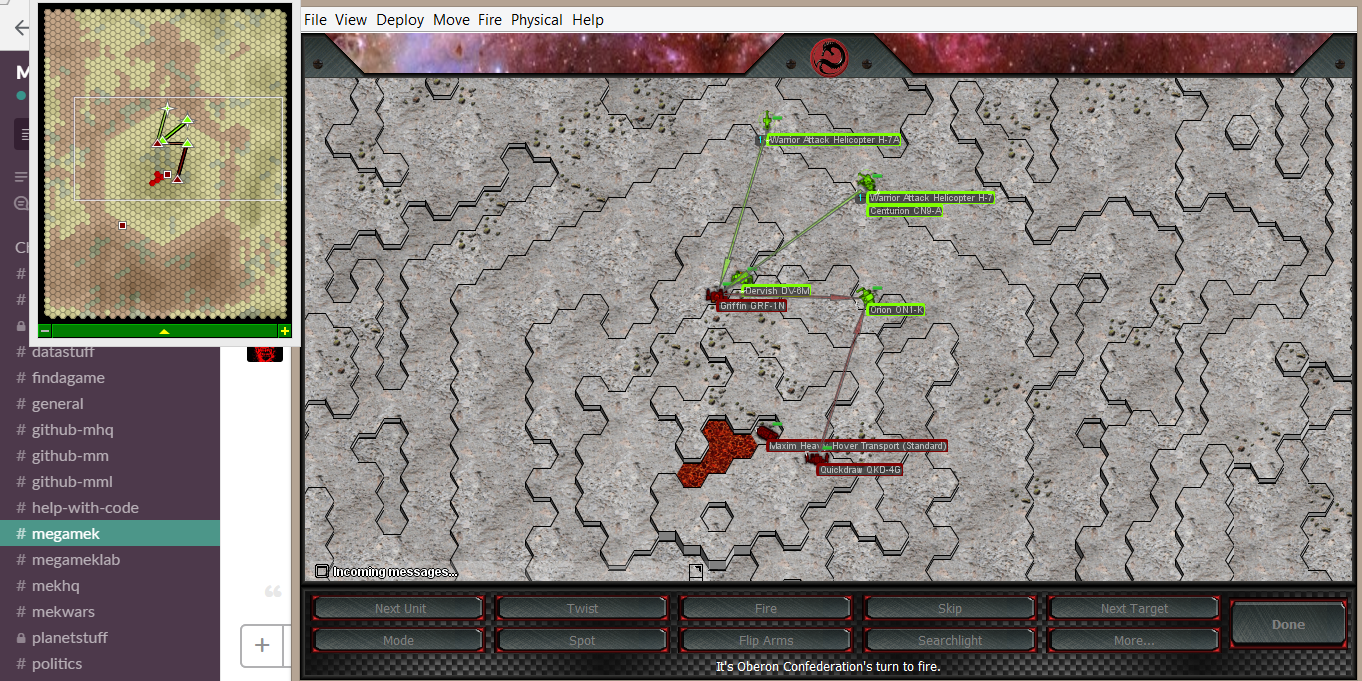 3D terrain changes on a volcano

A battle with artillery targeting and turrets 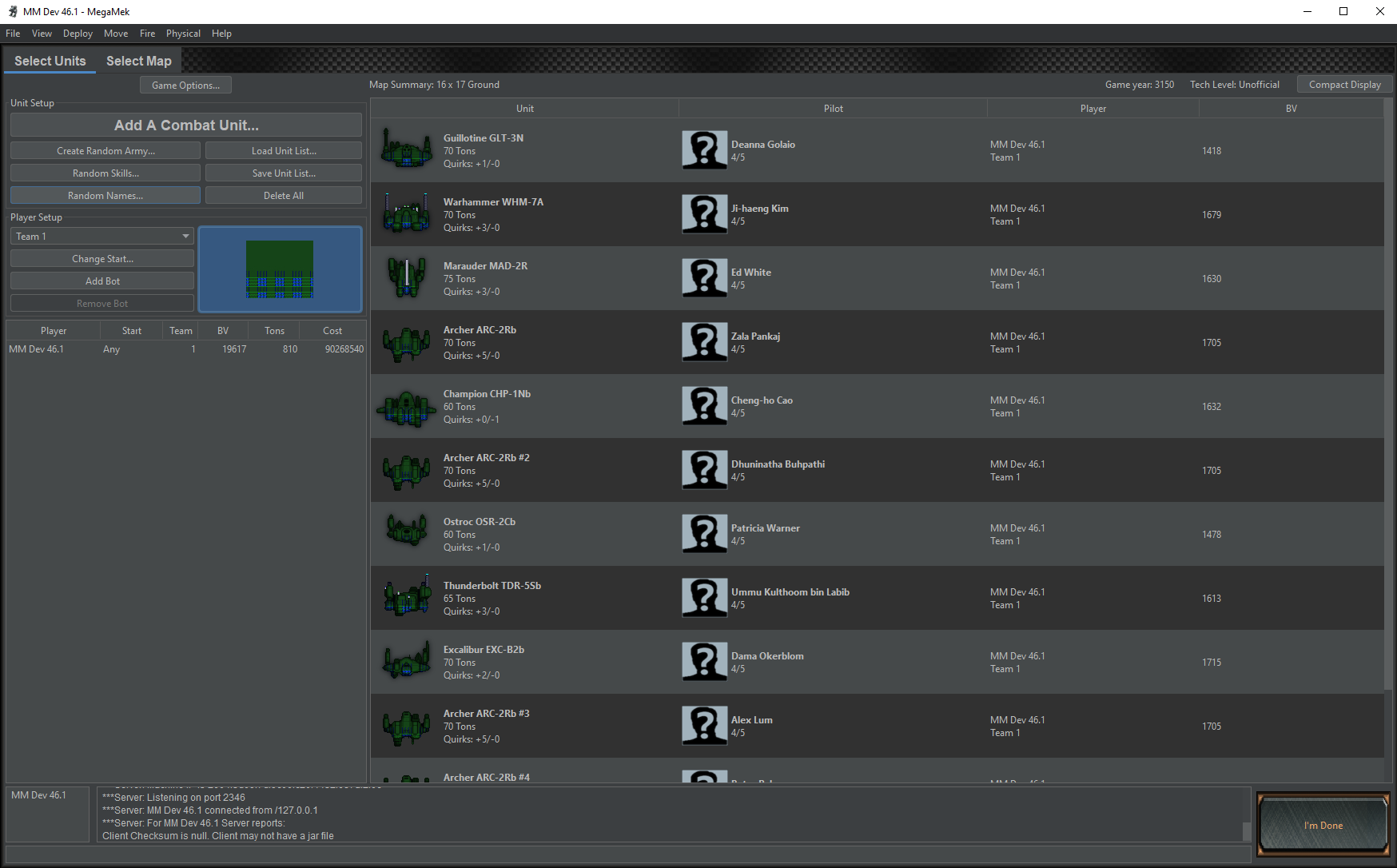 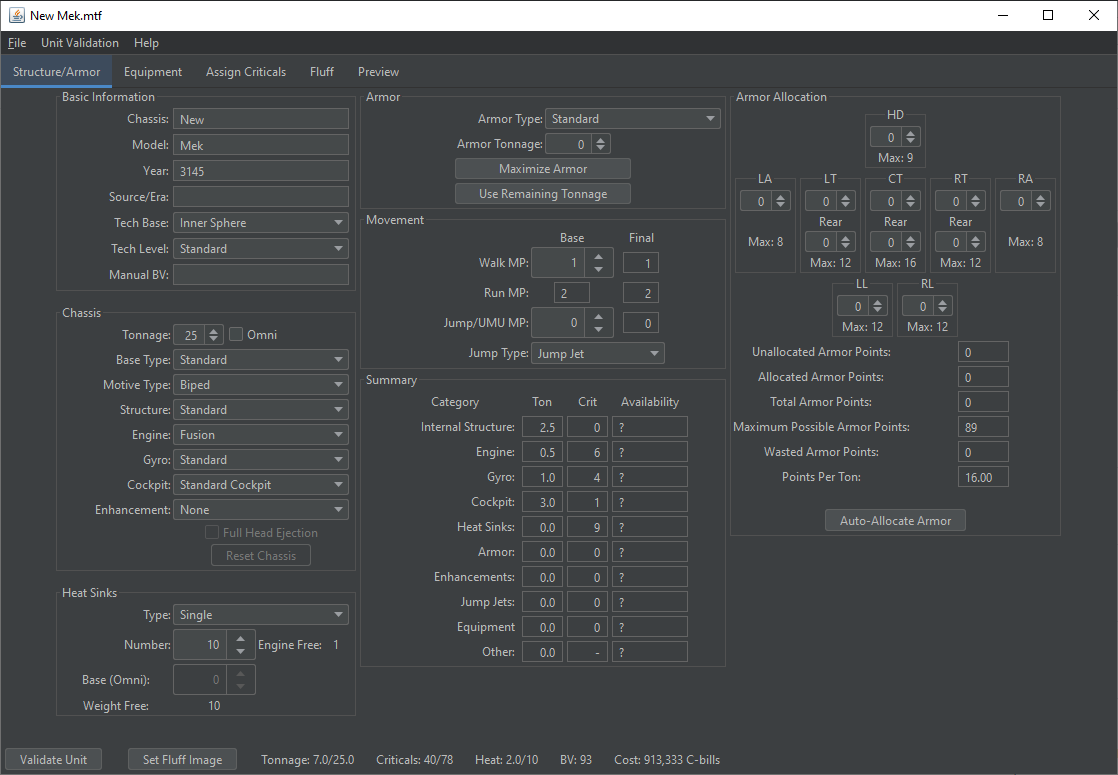 * May not actually be hundreds but damn sure feels like it.