Welcome to the 0.49.x Development cycle, this is the first release in that cycle (0.49.0) and you’ll see some massive changes in MegaMek and a whole new way to play AtB in MekHQ. But before we get into some specifics on those we need to address a couple of things.

We’ve have officially made the change to Java 11, meaning to use the 0.49.x Development branch you’ll need to update.

Due to changes in downloading Java that Oracle has made, we are recommending players use OpenJDK 11. We have a help page for windows and macOS. For Linux, you should be able to user your package manager to install OpenJDK from their repositories.

Next this release changes a ton of things in MegaMek to accommodate the new lobby. It has been tested but we anticipate there are bugs. But the features of the new lobby make it worth the risk, it addressed 14 major requests for going back years.

In MekHQ we’ve been teasing it for months and the Alpha is here.

Before I get to the lobby here are a few other things this release.

Princess has been doing obstacle courses at Blackjack and learning when to stand or not stand after getting knocked down. We know she loves melee so one of her instructors pointed out that when you don’t have anything to do grabbing a club can come in handy down the road.

Only a few bug fixes in the lab. Things will likely be quite with the lab for a bit, the dev focused on it is taking a break. 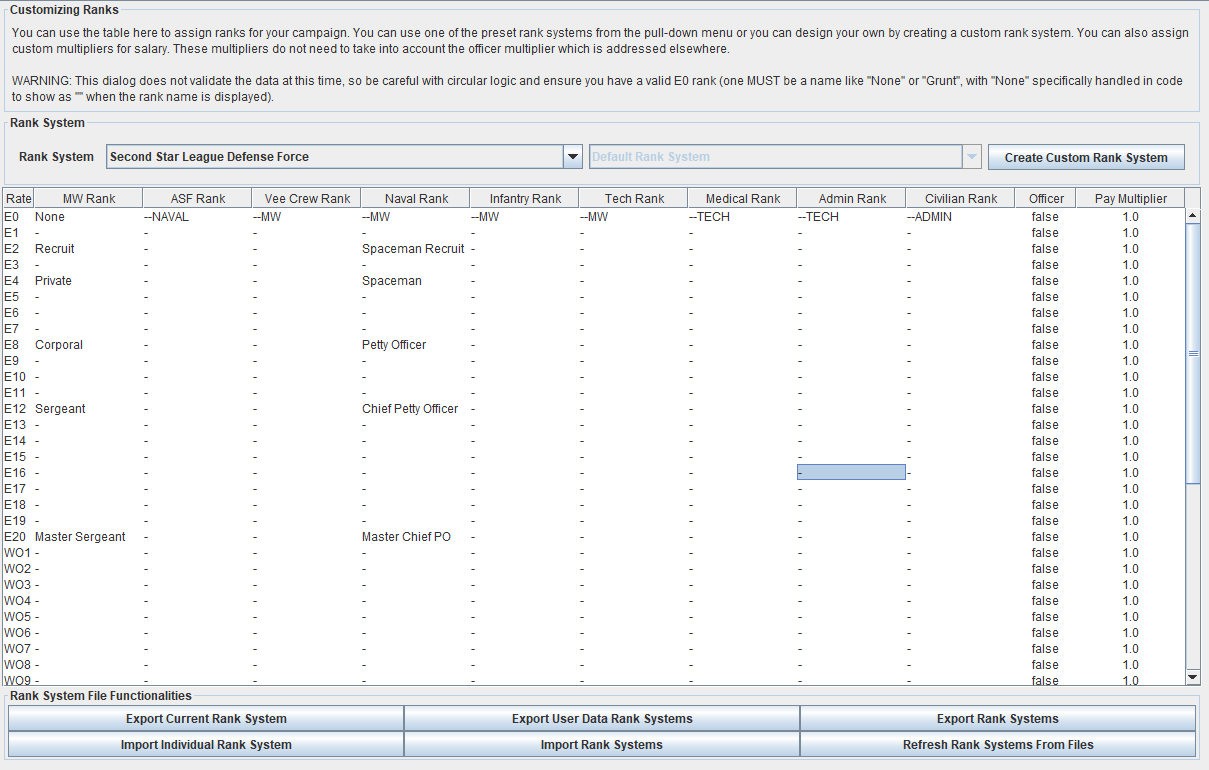 The Personnel Options Tab was completely rewritten and reorganized, as the sheer number of options was making it hard to use and tell the difference between areas. Personnel Roles were also heavily modified, part of which was adding the LAM Pilot and Dependent primary role. The latter of which will replace our current handling of dependents (the swap over is done, but the old dependents and the flag do not migrate until the next release).

Additionally, a suite of base components have been created and preferences have been expanded. Keep a watch for the ability to cancel out of dialogs by pressing escape, and having the selected tab remembered between uses, as examples of some of the improvements originating with these standardization changes.

We are also happy to announce we have an Official MegaMek Discord. It will function like our Slack but gives us better voice support for those who use the official public servers.

Also a reminder to drop into the Slack channel to meet other players and harass the Devs that drop in and out. If Slack isn’t your thing check out these Discords with MegaMek channels - Everything BattleTech and Classic BattleTech.

We think we now have a workaround for macOS.

Another reminder when moving between versions:

CHANGE LOGS (for this release only) AND DOWNLOAD LINKS